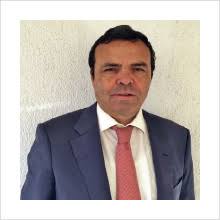 Kostas has extensive experience in organizing and managing financial institutions.

He has worked for many years in the National Bank of Greece. Since 1990 he has worked in the Strategic Planning Department and since 1997 was appointed to the organization and setup of the Risk Management Department. From 2000 until 2002 was Vice President and Manager of an Investment Firm listed on the Athens Stock Exchange.

He holds a Ph.D. in Finance, and he has been teaching in some Greek Universities and numerous seminars for professionals in the financial sector. From 2000 to 2015, he was in charge of the Educational Program of the Hellenic Banking Association, while from 2015 to 2017, he was President and CEO of the National Fund for Entrepreneurship and Development (now Hellenic Development Bank). Since 2018 he is a member of the Board of Directors of Marfin Investment Group (MIG)